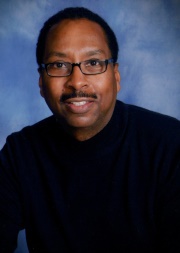 He is a member of the American Guild of Organists and was awarded the Service playing certificate. He has served on the Adjunct Music Faculty of Baltimore City Community College and currently on the Adjunct Faculty at Coppin State University teaching both “Survey of Jazz” and “African-American Music”.

He performs regularly in Baltimore as a freelance Jazz pianist as well as with the Charles Arnette and Friends Jazz Combo. He has released 3 CDs, which include his own arrangements of Hymns, Christmas Music and Love Songs- All available for purchase via charles.arnette1@verizon.net.

He is married to Miriam Brooks-Arnette and has one daughter, Seanta Camille Amette. He enjoys an active lifestyle of swimming, entertainment and community services. His favorite scripture is Philippians 4:13, “I can do all things through Christ which strengthened me.”