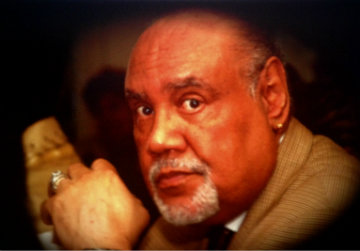 Dr. Dean, A.G.O., is the Minister of Music at The City Temple of Baltimore (Baptist). He formerly served as Artistic Director of the Baltimore Metropolitan Center for the Performing Arts, under the auspices of the New All Saints Catholic Church; and taught choral music in the New All Saints Parish School.

Dr. Dean has taught in the Baltimore City Public Schools and headed music departments at Wayland Baptist, Bethany Baptist (Brooklyn, New York), All Saints Roman Catholic Church and the Lochearn Presbyterian Church. He traveled to the Vatican in Rome, Italy to participate in a music symposium for the parish Music Directors at St. Peters. A partial list of credits includes:

Constantly sought as a recitalist, guest organist, choral conductor and clinician, Dr. Dean is often asked to play dedicatory recitals on newly installed organs. He is the recipient of numerous awards, citations, and honors as a result of his unique gift and his capacity to gladly and freely share this gift with others.

Dr. Dean is a member of the American Guild of Organists, Organ Historical Society, and the National Association of Parish Musicians. He has completed three very successful recording projects through Ben Mykel Productions, entitled “Organ Evensong,” which was recorded on the magnificent Aeolian – Skinner Pipe Organ at St. Michael and All Angels Episcopal Church in Baltimore, Maryland, and “Concert of the Masters – Live.” Both recordings have enjoyed rave reviews. His latest release, “Guide Me,” was recorded at The City Temple of Baltimore (Baptist).

On April 2, 2000 Dr. Dean appeared as principal organist in a joint venture with the New Orleans Philharmonic, San Francisco Symphony Orchestra and mass choruses consisting of members of the Symphony chorus of New Orleans, San Francisco Symphony Chorus, Baltimore Opera Chorus and Baltimore Symphony Chorus in the presentation of “The Power of the Classics” which featured “Elijah” by Mendelssohn and (3) other works by Bach and Gounod for orchestra and organ. This concert was presented at the Historical Orpheum Theatre in New Orleans, LA. This performance received rave reviews.

New All Saints Mass Choir, under the direction of Dr. Dean, toured Italy in September 2001. The tour culminated with the choir’s singing for Mass at the High Altar of St. Peter’s Basilica in Rome, Italy, with Dr. Dean at the console of the magnificent St. Peters Organ. From January 19th to January 26th, 2004, Dr. Dean and The New All Saints Touring Choir participated in the 10th International Paris Ile de France Choir and Music Festival, sponsored by the United Nations/UNESCO in Paris, France. Dr. Dean and the Touring Choir of Baltimore were invited to attend the UNESCO Choir Festival in Prague in the Czech Republic in 2006.

While under the direction of Dr. Dean, The Masters Trio was presented in a monumental effort at the Joseph Meyerhoff Concert Hall to a packed and enthusiastic audience in September 2007.