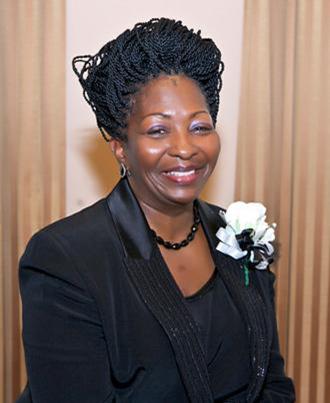 Rev. Debra Hickman is a lifelong Baltimore City resident and a recent recipient of her Masters of Divinity Degree from The Samuel DeWitt Proctor School of Theology on the campus of Virginia Union University. She is the proud daughter of Johnnie Hickman, Sr., who has been her rock since the early passing of her mother Hattie Hickman.

Rev. Hickman graduated from The Baltimore School of The Bible in 1995 and received her call to preach in September 1996. She delivered her initial sermon at the City Temple of Baltimore (Baptist) under the Pastorate of Rev. Dr. Grady A. Yeargin, Jr. on January 17, 1997 where she presently serves as Assistant to the Pastor. She has been instrumental in City Temple's winter shelter program, AIDS Ministry, the Praise and Worship Team, Adult Sunday School and formerly served as Youth Minister where she became affectionately known as Rev. Debbie and implemented the Dance Ministry. She is actively involved with the American Baptist Churches of the South and served as the President of the Area I Ministers Council and Vice-President and President of the Regional Ministers Council.

Rev. Hickman is the co-founder of Sisters Together And Reaching, Inc. (STAR) - a faith-based, non-profit, community-based organization that provides spiritual support and direct services and prevention education to HIV/AIDS infected, affected and at-risk African-Americans. Since its inception, she has served STAR in the capacity of President/CEO and has led a fledgling one-employee organization to a thriving 20-plus employee, nationally and internationally renowned organization.

Rev. Debbie is an ongoing consultant to the Centers for Disease Control and Prevention (CDC). In 1999, she was selected to be among the first 40 CDC Leadership Scholars. Under the leadership of the former Mayor Martin O'Malley and past City Council President Sheila Dixon, Rev. Hickman was appointed to serve as a Commissioner for the Baltimore City HIV Commission and recently appointed by the White House Secretary of Health and Human Service Office to the Centers for Disease Control/Health Resource Services Administration Advisory Board. She is a lecturer in demand both locally and internationally.

She is the devoted and proud mother of Kelly Woolford, Randi Woods, and the Rev. Dr. Donté L. Hickman, Sr., a beautiful daughter in-law Danielle Hickman and the wonderfully blessed grandmother of Kiara and Kayla Woolford, Donté Jr. and Dawson Luke.

Rev. Hickman's favorite scripture is Psalm 34 and she attempts to carry this scripture out through a life that truly blesses the Lord by following his commands and sharing His love wherever she goes. Rev. Hickman is known as a visionary and her motto is, "Be Forward Focused and Not Past Possessed."