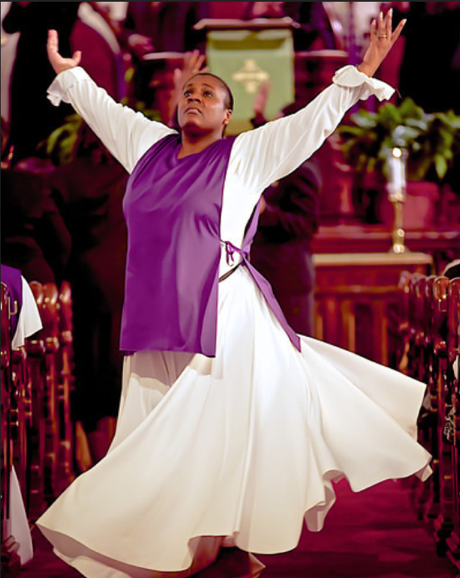 Marshell joined City Temple in December 2002. Shortly thereafter, she became engrossed in the Dance Ministry at City Temple and took on the role of liturgical dance choreographer for the Angels of Mt. Zion in Baltimore City. During the summer of 2005, Sister Jenkins attended Holy Camp, a 26-hour certification program for Ministers of Movements, in Durham, N.C. where was certified as a Minister of Movement (M.o.M.) in July 2005 and consecrated by Rev. Dr. Yeargin in November 2005. She went on to complete the Teacher’s Certification for Liturgical Ministers Program in February 2007. Sister Jenkins was licensed by the Ministers of Movements, L.L.C. as an ordained Minister of Movements in December of 2007, after completing her initial sermon in both spoken word and liturgical movement.

Today, Minister Marshell can be found dancing/moving at City Temple, choreographing at Mt. Zion, U.M.C., or teaching liturgical dance workshops around the Baltimore/Metropolitan area. She has served as City Temple’s Church Clerk since 2004, and also serves on the Christian Education and Cultural and Fine Arts Ministries. Her daughter, Brianna, a budding M.o.M. in her own right, is also a member of the church’s Dance Ministry.

This sister has yet to quench her thirst for more knowledge, so keep your eyes on this minister as she keeps on the “move”!